Rogueyard is a tabletop role playing game where expired rogues use their memories of life to change reality as they recall how they have died. Players act as the ghosts of rogues, recounting their tales and attempting to learn how their end came to pass. As they unfold the details of their characters' journeys, they may contradict the dungeon master (or each other) and modify stories, encounters, and other dramatic details of their past quest in an attempt to complete an ill-fated heist.

The manual currently contains a summary of the ruleset, numerous standalone enemies and encounters, and a teaser for the sample heist. In later versions of the manual, I will be finalizing the sample heist, providing resources for character creation, and making edits & providing notes based on playtesting sessions! Lots of work to do yet, but an idle apparition has all the time in the world...

This is my (late) submission to the Portland Indie Game Squad's June 2020 Summer Slow Jam, following the "Turn-Based" Technical Theme and "Alternate Timeline" Creative Theme. A huge thank you to members of the PIGSquad community for contributing art, discussing ideas, and encouraging an inspiring jam atmosphere while I worked on this! I couldn't have done it without you!

Please note the exceptional contributors who provided art & inspiration for the project.  You can find their information in the manual or in the v0.7 devlog.

My next steps are to gather feedback on the written system's legibility, simplification, and some good ol' playtesting (in between the July & August Summer Slow Jams, of course)! If you have any questions after reading the manual, feedback from a session that you host, or interesting experiences while playing, please reach out by contacting me at https://twitter.com/gamewillpdx. There may not be enough in the manual to play quite yet, but I appreciate any curiosity as I work things out.

There are countless alpha, 0.1, draft games on itch that we are told will one day be developed and released in their final form. I never really believe it and I don't believe it for a second in the case of Rogueyard; and that's a shame, because the promise of playing as dead thieves who remember their last crimes was beautiful. A game where you play in the past tense the last events before the death of the characters is so appealing to me… I want to keep hoping! 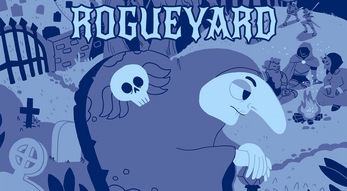 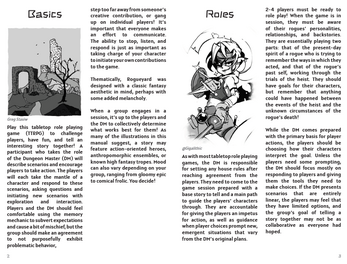 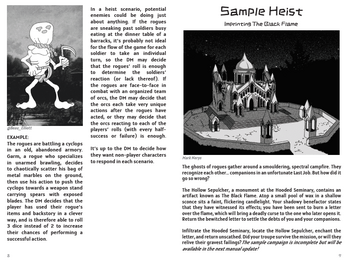 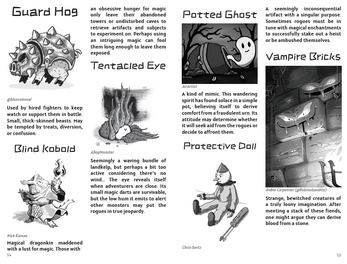